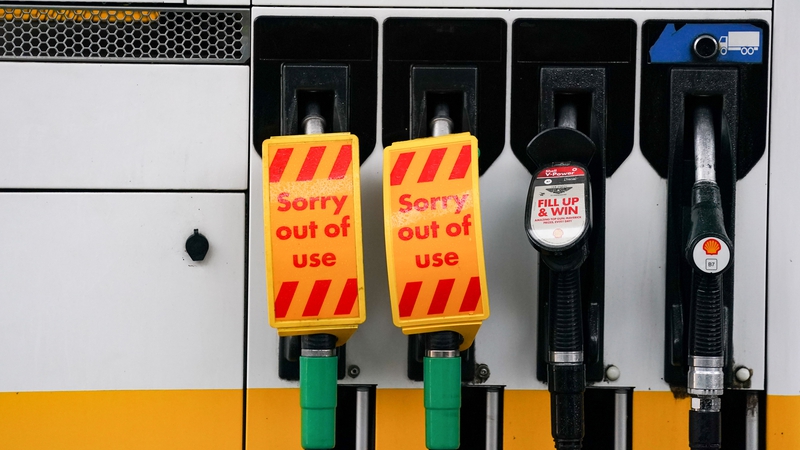 Power outages in China, chaos in Britain's petrol stations, factory closures in Germany - supply chain problems around the world are threatening to gnarl up a global recovery as countries try to re-emerge from pandemic-induced recessions.

"The risk is that even though the economies are reopening, growth slows down because we cannot produce the things people demand," said Niclas Poitiers, a researcher at the Bruegel institute in Brussels.

The difficulties are already being seen in the economic data: China's manufacturing activity shrank in September for the first time since the beginning of the year.

In France, manufacturing activity fell to its lowest level since the start of 2021. And in Japan, industrial output declined in August for the second month in a row.

Companies are finding it difficult to get their hands on the raw materials and components they need to keep production lines running.

The auto industry, for example, is suffering from a severe shortage of semiconductors - the electronic chips without which their models cannot function.

Japanese giant Toyota slashed its production forecasts last month, and Stellantis said it would have to halt production at the German plant of its Opel subsidiary until the beginning of next year.

The industry is set to lose $210 billion in revenues this year, twice as much as anticipated at the start of the year, according to consultancy Alix Partners.

The textiles industry has similarly found itself exposed - Swedish giant H&M complained of "disruption and delays in product supplies" in September.

Furniture maker IKEA announced it would be unable to offer some of its mainstay products because of a shortage of transportation staff and high raw material prices.

Freight costs between China and the west coast of the US have risen more than five-fold over the year as a result of pressures arising from the post-pandemic recovery, according to Freightos Baltic.

"Interconnectedness of the global container industry is such that it is difficult for that industry to adjust rapidly enough to such big supply shocks," said Jacob Kirkegaard, of the Peterson Institute for International Economics (PIIE) in Washington.

However he told AFP the supply chain problems would likely prove to be just "a delay in the recovery. I don't expect it to be a negative shock big enough to have a double dip recession".

Mr Poitiers at Bruegel also believed that "many of these problems are gonna be resolved over the medium term".

US Federal Reserve chief Jerome Powell warned that bottlenecks and hiring difficulties could "prove to be greater and more enduring than anticipated".

For the time being, however, it will be the coronavirus that will continue to call the shots, experts say.

"In the UK and Europe, we are talking as if the pandemic is over," said Frances Coppola, author of the financial blog, Coppola Comment.

"Global trade can't return to normal while we still have countries where people are dying of Covid," he wrote.