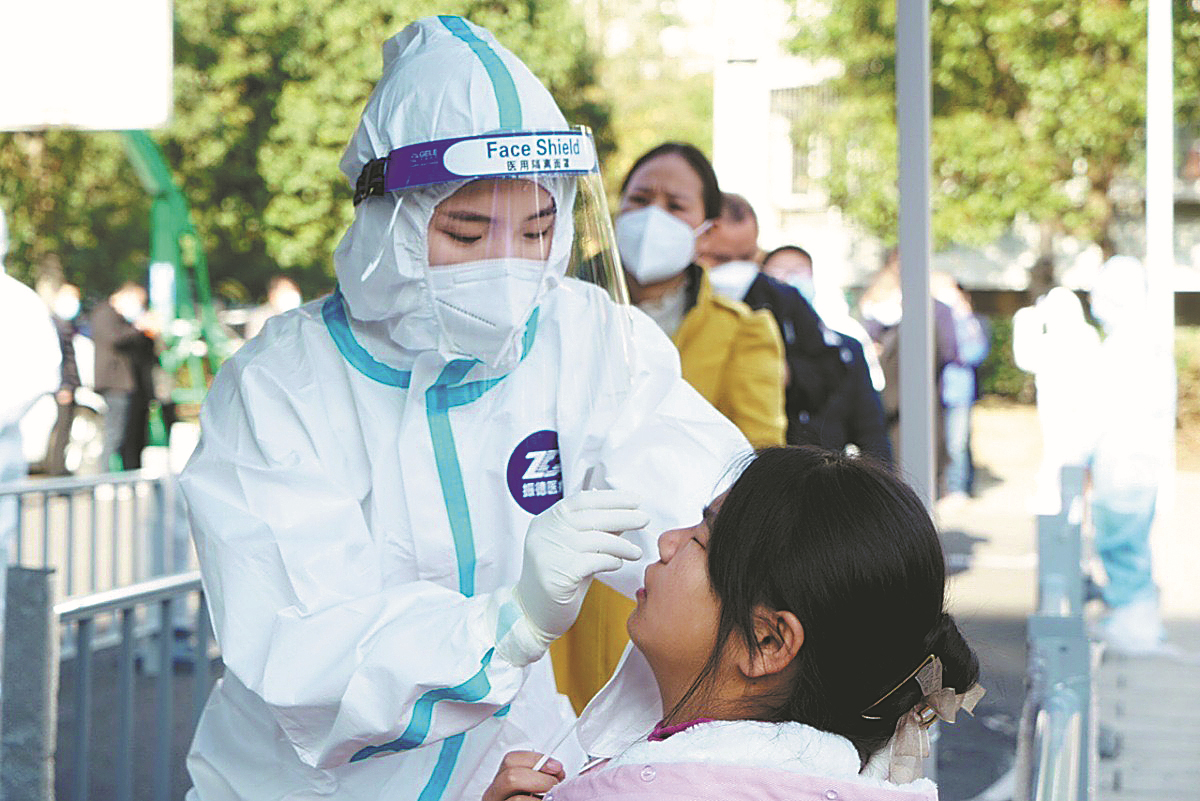 Five new cases of COVID-19 were reported by local authorities on Tuesday in Ningbo, Zhejiang province.

The cases were detected during mass testing, which began on Monday to prevent further infection after the city reported three cases in its Zhenhai district on Monday. Closed management was imposed across the district as Ningbo upgraded its emergency response to the highest level early on Tuesday.

Testing was expanded from residents in Zhenhai's Jiaochuan subdistrict, where the three infected patients live and work, to all residents of the district on Tuesday morning.

To date, more than 3,500 medical workers around the city have been assigned to Zhenhai to help curb the infection. Public transport services in and out of Zhenhai district have been halted to contain the spread.

Public places, such as cinemas, theaters, stadiums, internet cafes, libraries, galleries and museums, closed within the city on Tuesday, the authorities said.

Also on Tuesday, one COVID-19 case was reported in the Shangyu district of Shaoxing, a city in the north of Zhejiang, during testing.