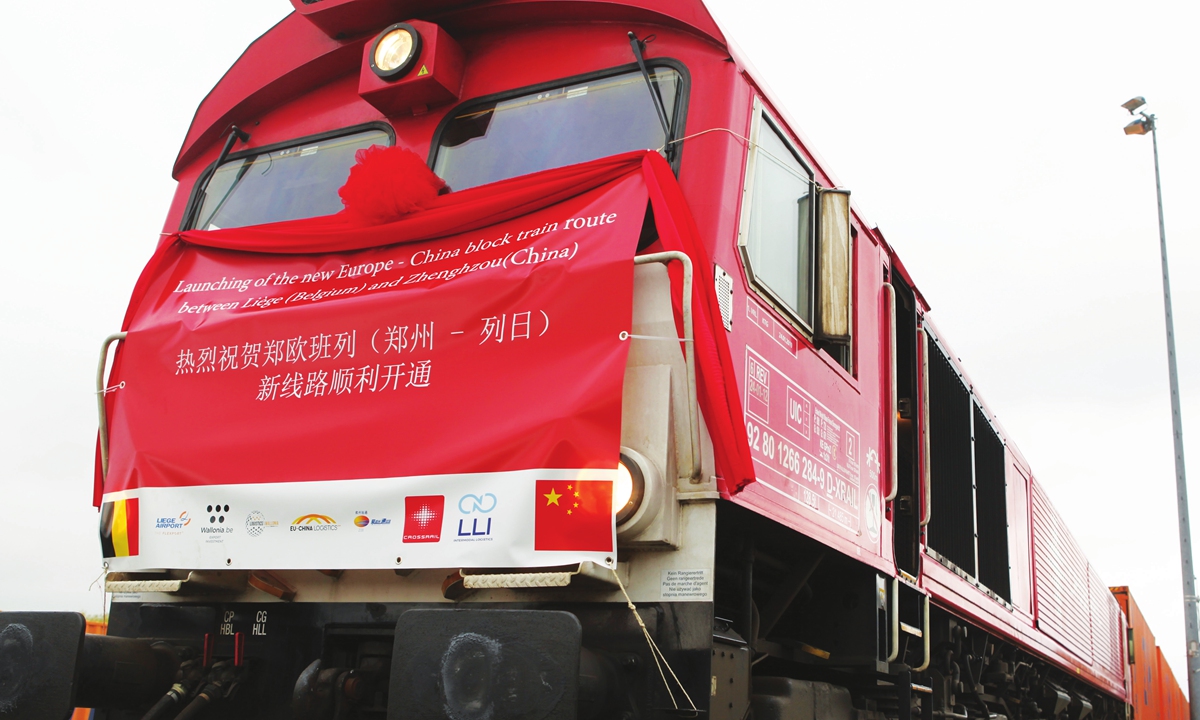 According to a post from the Zhengzhou government on Sunday, the Zhengzhou section of the China-Europe freight train has officially resumed operation on Sunday, after rail freight operations between Zhengzhou and Europe was suspended on July 20 due to severe flooding.

The resumption came as the heaviest rainfall in 60 years in Zhengzhou attracted worldwide attention and disrupted transportation across the province.

As of Monday, the heavy rainfall in Henan since July 16 has left 69 people dead and 5 missing.

More than 1.47 million people were relocated and more than an area of 972,000 hectares of corps were affected, and 13,943 houses were collapsed, according to local authority.

Multiple rail routes and highways through the province have been cut off due to extreme weather, while a large number of flights were canceled.

Rescue and relocation work remain ongoing, though rail operations are gradually restoring in the city, which serves as a key transport hub in China and is one of the five major consolidation centers for China-Europe trains.

Zhengzhou is an important hub for cross-border freight trains.

In the first half of 2021, there were a total of 751 trains from Zhengzhou to Europe, a year-on-year increase of 71 percent. Since the launch of the first China-Europe train on July 18, 2013, Zhengzhou has sent 4,707 trains to the countries along the Asia-Europe route, according to a report from China Central Television on July 18.