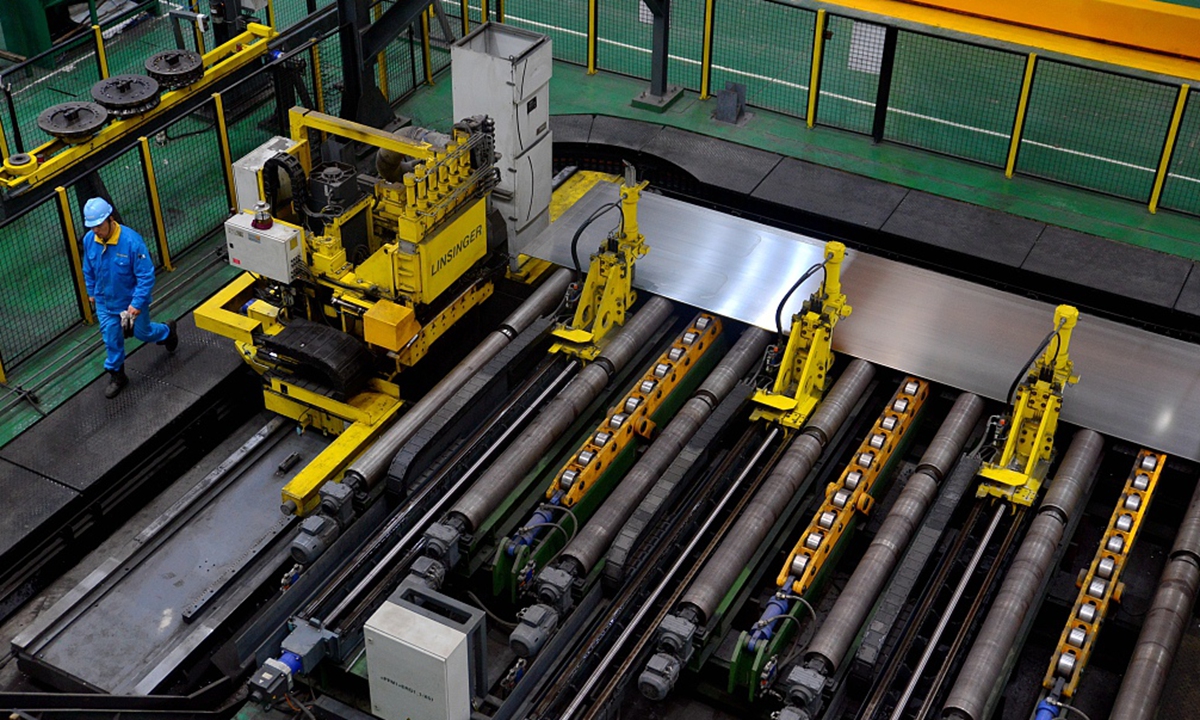 China's March official manufacturing Purchasing Managers' Index (PMI) expanded to the highest level this year after a slight dip in the previous month, data from the National Bureau of Statistics (NBS) showed, indicating a recovery of the manufacturing sector as domestic consumption climbed and global demands rose.

The NBS data also showed anoverall positiverecovery regardless of industries or scale of the companies. Of the 21 monitored manufacturing industries, 17 saw their PMI in the expansion territory. Industries like professional equipment and nonmetallic mineral products all recorded a New Order Index above 55 percent, reflecting a fast recovery. In total, the New Order Index rose by 2.1 percentage points from February to 53.6 percent in March, showing the country's fastening steps in manufacturing production.

Experts have mostly attributed the booming manufacturing sector to a general rebound within the economy, which is a strong lift on China's exports sector.

"Overseas markets, particularly the US' stimulus plans which resulted in price inflation, are driving up demands. China, with its strong manufacturing capabilities, is benefiting from such a trend," Tian Yun, vice director of the Beijing Economic Operation Association, told the Global Times.

According to the NBS data, China's New Export Orders Index rose 2.4 percentage points in March compared with February, while the imports index has risen to 51.1 percent, a new high in recent years.

Tian said that based on the current order situation, the trend of manufacturing boom will sure to continue in the first half of this year, while in the second half year some uncertainties will increase such as whether the US will move to stop China "riding the wave" of the US economic drive.

"However, in general, as long as the global inflation exists, China's exports won't slow down because of China's strong supply abilities," Tian said, adding that the US' infrastructure plan also creates business opportunities for Chinese raw material suppliers.

Wu also anticipated that China's PMI will remain in expansion territory throughout the year of 2021, with help of global economic recovery and rising consumption demand domestically.

Apart from the manufacturing sector, the sub-index for the service sector business activity also rose by 4.4 percent points monthly to 55.2 percent in March, showing that China's services industry is speeding up recovery following successful control of the pandemic.