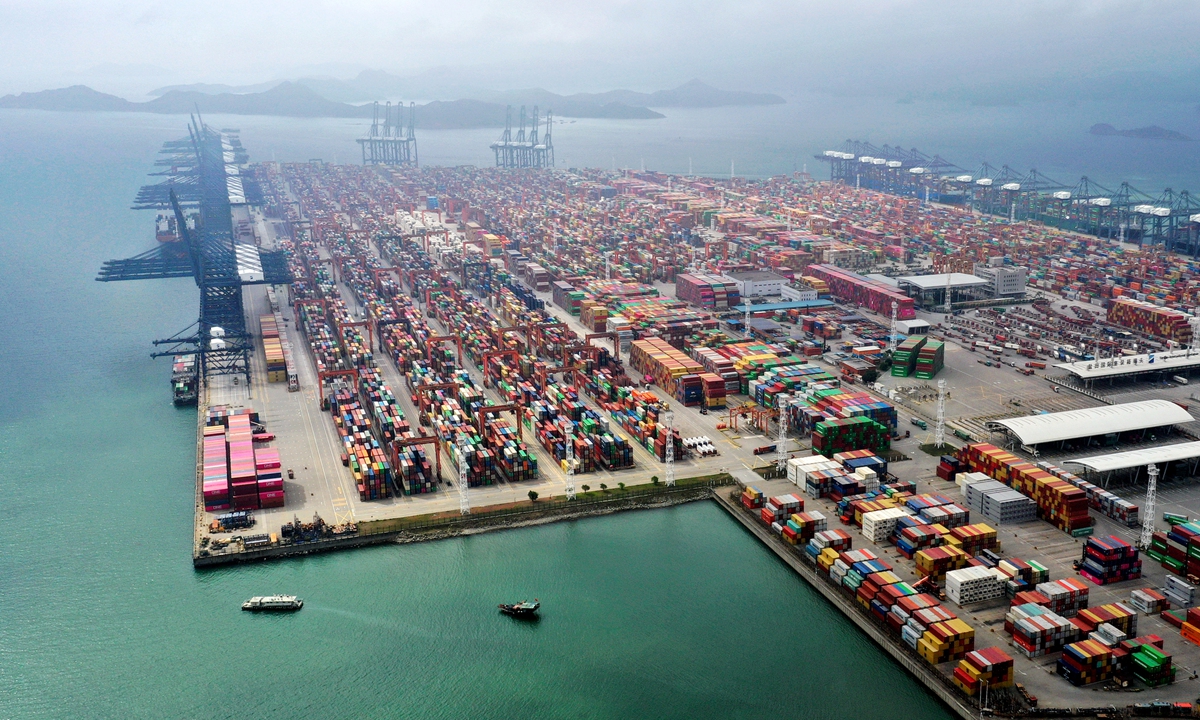 COVID-19 flare-ups at Yantian Port area in Shenzhen, South China's Guangdong Province have pushed the major port to slow its operations by suspending the acceptance of heavy export containers for several days.

As of press time, 13 asymptomatic carriers were found in Shenzhen. According to a local official statement issued on Friday, the Yantian district in Shenzhen urged all citizens to be tested for COVID-19.

As a result of the new COVID-19 cases, the Yantian Port said it would stop accepting heavy containers waiting for export starting from Tuesday. According to new requirements, the port would only accept heavy export containers with an estimated time of arrival within three days, and this condition will last until June 6.

Li Guoliang, a driver at the port, told the Global Times that he finally declared a heavy container for export at the Yantian Port and will enter the port at midnight.

Li said that his container will be among the first batch entering the port after the temporary suspension.

Yantian Port, known as the "barometer of Shenzhen's foreign trade," has the most extensive international routes in southern China. Mainly handling exports to Europe and the US, the port usually handles nearly 90 percent of Shenzhen's exports via about 100 routes, according to the Securities Times newspaper.

The emerging cases in Guangdong have also impacted cargo transport in other parts of the country.

Guo Xin, general manager of Nanning Xinjinhang Logistics Co in South China's Guangxi Zhuang Autonomous Region and an expert in the transportation of fresh fruit, told the Global Times on Sunday that road freight cost has risen by 10 times over the past few days.

The sudden flare-ups in Guangdong mean that truck drivers who go there must undergo quarantine upon their return. "As a result, freight rates have risen," Guo said.

Shipping agencies also worry about disruptions. Apart from impact on port operations, the main problem is that there are "abundant export goods and a lack of containers," a staffer at logistics company JC Trans said.

Many containers that went overseas have not returned because of clearance delays by overseas customs, according to an employee at Shenzhen-based Shenghang Logistics Co.

This problem persisted last year and eased at the beginning of this year, the employee said, but then the Suez Canal blockage affected the dispatch of containers worldwide.

In tandem with the coronavirus, the lack of containers pushed up shipping fees.

"The rate for one heavy container setting out for Europe used to be around $3,000, but now it's $13,000," the employee said, and the price for containers headed to Southeast Asia has doubled.