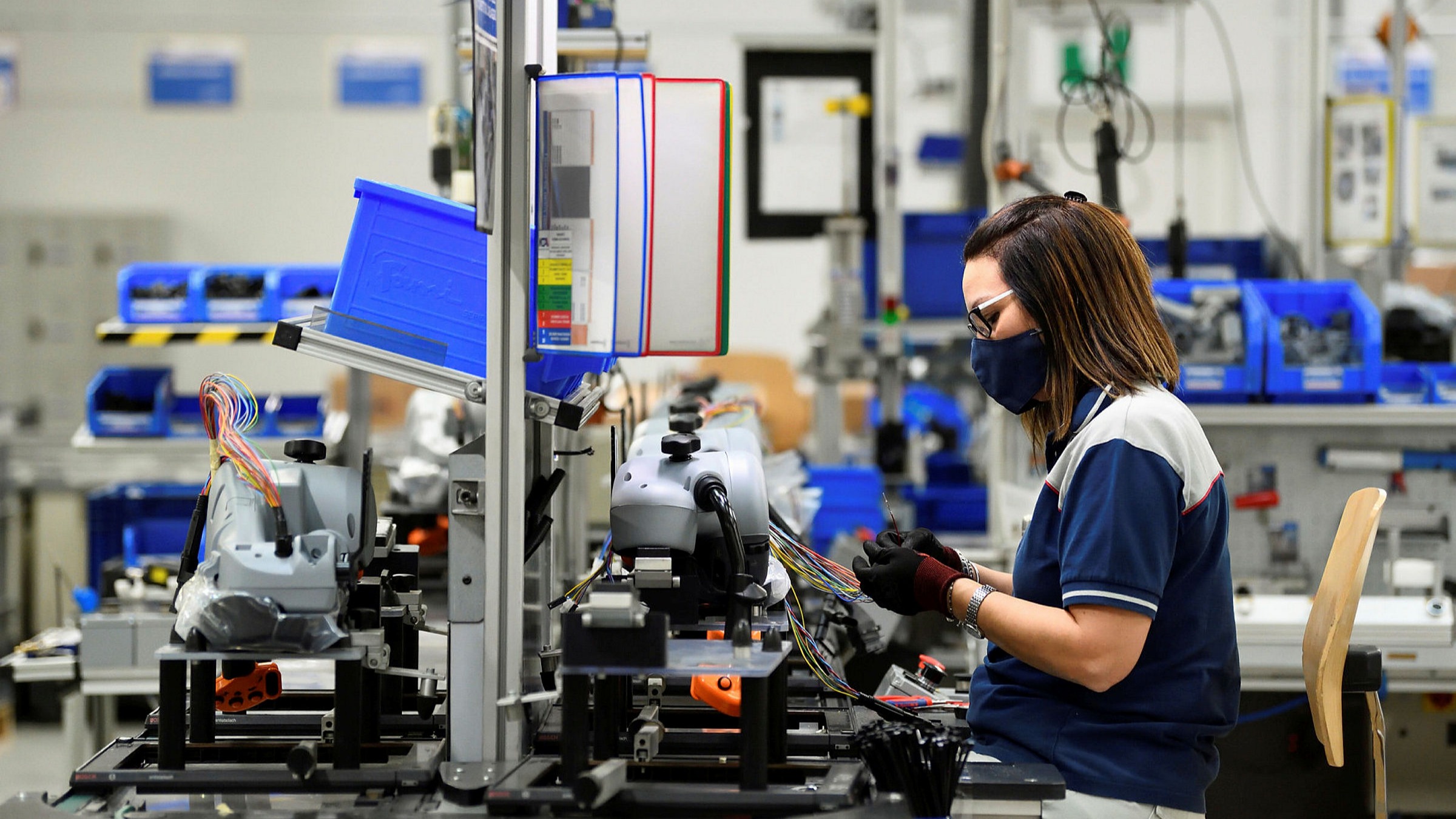 ROME, July 6 (Xinhua) -- The positive impact of Italy's vaccination campaign on the evolution of the coronavirus pandemic would also boost the country's economic recovery, enabling the eurozone's third largest economy to grow about five percent this year, the governor of Italy's central bank said on Tuesday.

"Thanks to the good pace of the vaccination campaign and the related improvement of the health situation, economic recovery is strengthening," Ignazio Visco told the annual meeting of the Italian Banking Association (ABI) held via video link.

At the meeting, attended by Economy and Finance Minister Daniele Franco, Visco unveiled in advance some of the forecasts the Bank of Italy will release in its next economic bulletin on July 16.

In the bulletin, "we will submit an update of our projections: according to the current estimates,...annual average growth might reach values around five percent, allowing us to regain more than half of what we have lost in 2020 in terms of gross domestic product (GDP)," he explained.

However, the central banker warned that this scenario depended strongly on the country's ability to keep the current pace of some 500,000 vaccine doses administered per day and to "stabilize the containment of infections."

If so, Italy's growth "would be helped by a lively dynamic in investments" in the second half of the year, according to Visco. Domestic consumption is expected to resume at a slower pace, with the high household saving rates registered during the pandemic decreasing slowly. On the other hand, Italy's exports would benefit from an acceleration demand abroad.

"Supported by fiscal policy -- including measures financed with European funds -- and by maintaining favorable monetary and financial conditions, the expansionary phase should consolidate and remain sustained in the next two years as well," the Bank of Italy chief noted.

Italy's GDP fell 8.9 percent last year, but the decline could have been more marked "without the strongly expansive fiscal and monetary policies implemented," the economy minister told the ABI assembly.

Franco recalled that Italy had posted a slight GDP increase in the first quarter of 2021. Echoing the central banker's warning, he also stressed that the country's growth prospects depend on its ability to keep the pandemic under control.

"The situation has been improving since April ... allowing us to relax the restrictions on mobility and social contacts, and this has given impetus to recovery," he noted.

He explained that Italy's manufacturing industry - the EU's second largest after that of Germany -- has almost returned to pre-pandemic levels by now. The only relevant exceptions are the textile and clothing sectors. Construction has already exceeded the production levels registered in early 2020, while consumer spending has been "sharply recovering" since May.

"A realignment of household saving rates to pre-pandemic levels would further support consumption, which can give a crucial boost to growth starting in the third quarter," the minister said.

The country's growth prospects have been further boosted by the government's National Recovery and Resilience Plan, which it has recently submitted to the European Union (EU).

The massive recovery plan will be financed from EU funds to the tune of 192 billion euros (227 billion U.S. dollars) under the Next Generation EU recovery instrument.