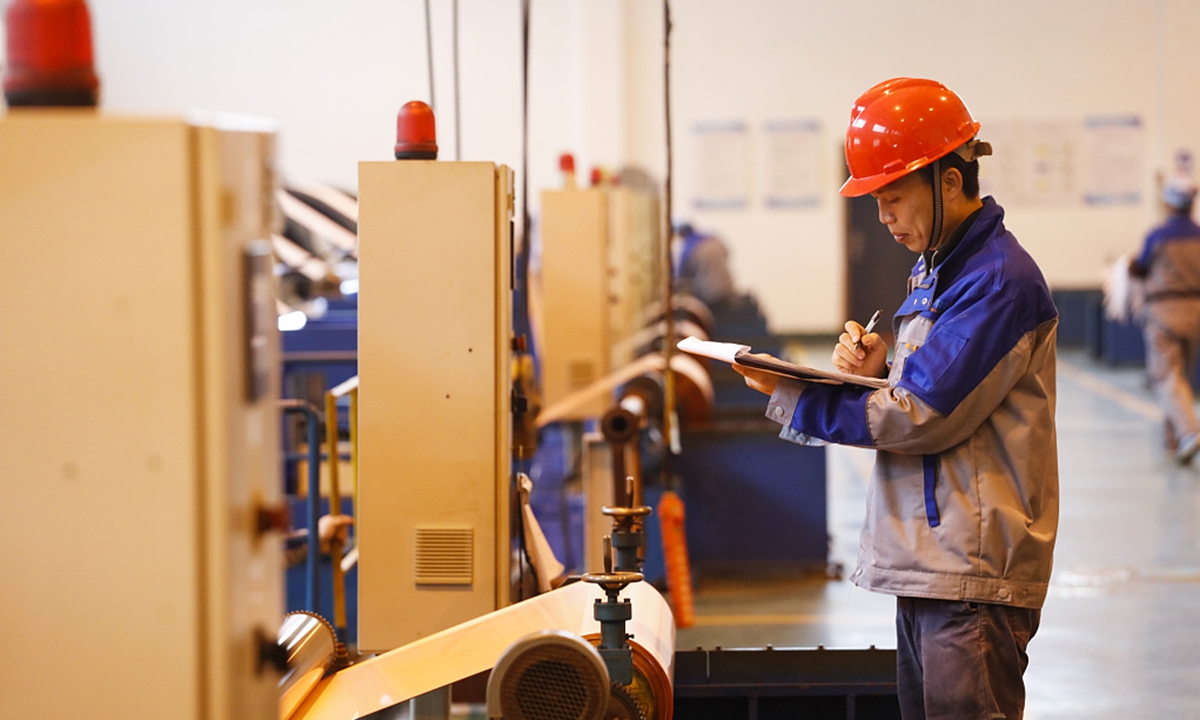 China is releasing national reserves of copper, aluminum and zinc to stabilize the volatile bulk commodity market, according to a statement from the State Council, China's cabinet, on Wednesday.

The statement said that the reserves will be open to public bidding from the non-ferrous metals processing industry, with details to be disclosed later on.

The move is widely expected to calm soaring commodity prices in China. Surges in the prices of non-ferrous metals, as well as other bulk commodities, have weighed heavily on manufacturers and spiked concerns of domestic inflation, according to Tian Yun, vice director of the Beijing Economic Operation Association.

In May, China's producer price index jumped 9 percent year-on-year, beating analysts' forecast of 8.5 percent. According to the National Bureau of Statistics, the surge was largely driven by rising manufacturing material costs, including those of non-ferrous metals, crude oil, iron ore and other bulk commodities.

"Given that China's economic recovery is speeding up, demand for conventional non-ferrous metals will continue to expand, especially since overseas demand is also recovering," Tian told the Global Times.

Tian also noted that major exporters of non-ferrous metals, such as Peru, have faced supply challenges due to the COVID-19 pandemic. The limited supply has further pushed up prices.

Rising costs have led to price hikes by downstream manufacturers, and they may even prevent exporters from taking new overseas orders, said Tian.

There's also concern that China, the world's top manufacturing power, might need to export these rising costs and add to worries about global inflation.

However, it is loose monetary policy adopted by the US that has led to excess liquidity, which also pushed up bulk commodity prices, experts noted, adding that the expectations of a US economic recovery and global work resumption peaked in May.

By containing commodity prices, China is acting as a major stabilizer of the world economy, Chinese experts added.

Non-ferrous metals are significant industrial resources, and they are widely used in such industries as transportation, electricity, construction, telecommunication, energy, information technology and materials.

Previously, Chinese officials have also taken steps to curb surging prices for other raw materials such as steel. Steel prices in China have pulled back significantly after authorities launched measures against price gouging and speculation.