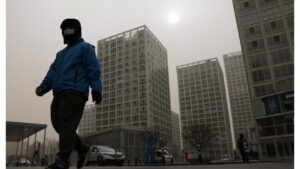 The world’s No.2 economy, will strengthen macro policy coordination with other countries, Han told the China Development Forum, a high-level business gathering hosted by the Development Research Centre of the State Council.

“Since the start of this year, China’s economic operations have continued a steady recovery trend,” Han said.

“We will adjust and improve import tax policies, increase imports of high-quality products and imports of services,” he said without giving further details.

China’s economy expanded 2.3% last year, making it the only major economy to report growth, although the growth was its weakest in 44 years.

Its economy is widely predicted to expand by more than 8% in 2021, led by an expected double-digit rise in the first quarter, but analysts and officials say the recovery remains uneven.

Also at the forum, He Lifeng, head of the National Development and Reform Commission, the state planner, said the foundation of China’s economic recovery was not solid, citing global economic uncertainties and domestic economic imbalances.

He said China would continue to provide financial relief for some companies and avoid an abrupt change in policy.