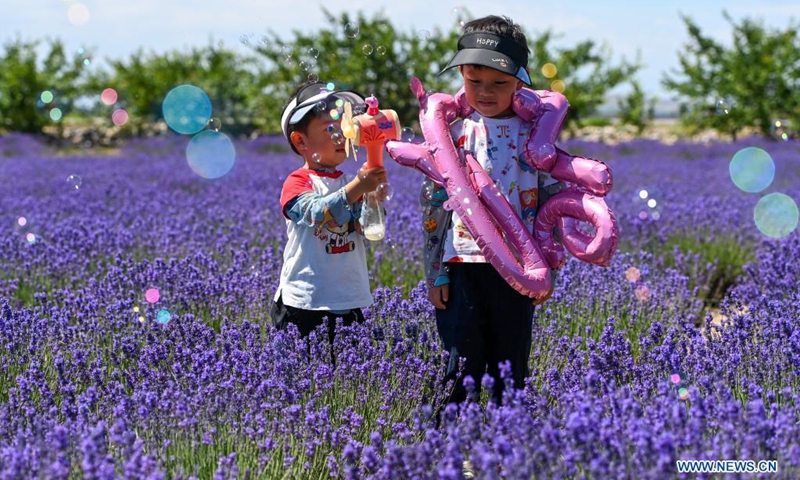 Chinese travelers made more than 89 million trips during the three-day Dragon Boat Festival holidays, celebrated from Saturday to Monday, an increase of 94.1 percent year-on-year with a recovery of about 98.7 percent of pre-pandemic levels, according to data released by the Ministry of Culture and Tourism (MCT) on Monday.

Data on the performance of China's tourism industry during the May Day holidays showed a full-fledged recovery of this market in terms of travel numbers, although the country's tourism industry is still waiting for a further rebound of consumption.

According to the data by MCT, short trips still prevail in China as its battle with the coronavirus pandemic has not totally ended. During the Dragon Boat Festival holidays, 29.1 percent of domestic tourists chose to travel around the cities where they live, 34.4 percent chose to visit city and suburban parks, while 88.6 percent chose to make trips shorter than 300 kilometers.

In particular, red tourism became popular among Chinese tourists, with sales of tickets rising by about 60 percent year-on-year during the recent holidays.

The MCT data also showed that reservations made by those born after 1995 and 2000 have surged during the holidays with the coming graduation season.

Data from the Ministry of Transport also showed that China's railways, highways, waterways and civil aviation registered 124 million trips during the Dragon Boat Festival holidays, with 41.23 million daily trips on average during the festival. The number of trips had dropped 18.8 percent compared with the same period in 2019 but rose 52.5 percent compared with 2020.

In comparison, Chinese travelers made 230 million trips during the May Day holidays, up 119.7 percent on a yearly basis with a recovery of 103.2 percent of pre-pandemic levels.

Contrasted with the number of visits made, the country's tourism industry still needs some time to reach pre-pandemic levels. During the Dragon Boat Festival holidays, China's total tourism revenue rose 139.7 percent year-on-year to 29.43 billion yuan ($4.6 billion), about 74.8 percent of pre-pandemic levels, while the May Day holidays saw tourism income recover to about 77 percent.

Experts have attributed the situation to the current restrictions on long-distance and international trips, when tourists usually spend more than in short trips.